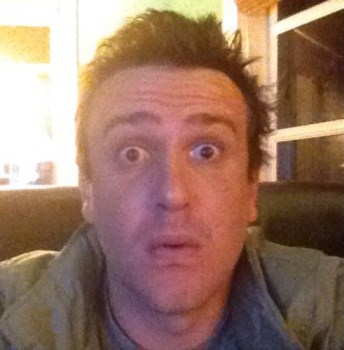 The real-life Great Canadian Maple Syrup Heist of 2012 is headed to Hollywood.

You will no doubt recall that dark day in August 2012 when a gang of hard, pipe-hitting Canadians broke into a warehouse in Quebec and made off with 16,000 barrels of maple syrup. The Sûreté du Québec and the RCMP eventually tracked an "important" portion of the stolen syrup to New Brunswick, shocking absolutely no one; investigators interviewed 300 people in connection with the case and ultimately arrested nearly two dozen suspects from Quebec, New Brunswick, Ontario and the northeastern U.S.

Yet somehow, this day of Canadian infamy is going to serve as inspiration for a Hollywood comedy - a comedy! - starring American funnyman Jason Segel, best known for his work on How I Met Your Mother, This Is 40, The Muppets and Jason Segel & Paul Rudd Meet Rush. The film will be directed by Seth Gordon, whose previous effort was Identity Theft, while Family Guy writer Chris Sheridan is handling the script.

How this could possibly be envisioned as a comedy is utterly beyond me. Quebec produces as much as 80 percent of the world's maple syrup, and the theft, with a value of nearly $20 million, put a significant dent in the global strategic reserve, casting the shadow of a potentially dangerous shortage of maple syrup around the world. This is not funny, people. This is serious business. Serious Canadian business.