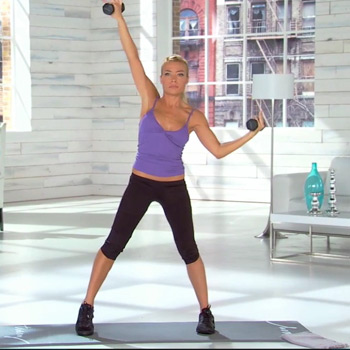 Microsoft is hatching a diabolical plan to make gamers healthy

Most people don't typically associate Xbox ownership with a healthy lifestyle, but Microsoft may be attempting to change that. Today, the developer unveiled a subscription-based fitness app for the Xbox One that will combine popular workout routines like P90X and Insanity. Xbox Fitness will also allow users to train with celebrity fitness instructors like Jillian Michaels and Tracy Anderson.

However, the most interesting part about Xbox Fitness is the title's use of Microsoft's newly enhanced Kinect sensor. The new Kinect can reportedly process two gigabits of data per second, which means that Xbox Fitness can gather information about form, power and heart rate during your workout. This will allow the software to continuously critique and redesign your program in real time.

"What makes Xbox Fitness so innovative is the feedback it gives you," explains Shaun T, the man behind the Insanity workout. "The Kinect sensor can evaluate your form, tell how high you're jumping, how hard you're punching and even read your heart rate. It's that little missing piece of validation that hasn't been possible for home fitness products before. Xbox Fitness completes the puzzle."

Xbox Fitness will eventually require a paid subscription, but if you're an Xbox LIVE member, Microsoft is waiving the subscription fee until January of 2015.

Now I can finally cancel that expensive gym membership that I never use.