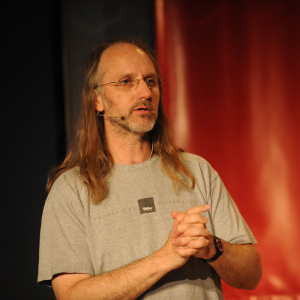 Electronic Arts CCO Richard Hilleman says that mobile games have taken over Nintendo's role as the go-to platform for children.

When it comes to the videogame industry you'd be hard pressed to find a figure quite as influential as Shigeru Miyamoto. If you're one of those gamers that would cite Super Mario, The Legend of Zelda or countless other classic Nintendo franchises as being defining experiences in your life, you can generally thank him for it. Even among game developers, Miyamoto is often recognized as being the cream of the crop. In a survey of more than 9000 game developers a whopping 30 percent named him as their industry hero.

There are some, however, who would count Miyamoto's heyday as being in the past, perhaps even the man himself. That in mind, Richard Hilleman, chief creative officer for Electronic Arts, recently turned some comments toward Miyamoto that were arguably less than kind. While acknowledging the famed designer's contribution to games, he would go on to describe Miyamoto as "falling down on the job." In turn, he pointed to the mobile market as being the new playground for children and said Miyamoto's role as an innovator had been usurped by "a dead guy from Cupertino." The last comment is a reference to the deceased Steve Jobs and Apple, which is based in Cupertino, California.

"Customers today... are generally looking for a single fabric of play. They want their game where they want it, when they want it, and at a price they can defend to other people," said Hilleman. "We are no longer in step function; we are in evolution. We are not changing every four years; we are in continuous change." It might be safe to assume, in turn, that Nintendo's general practice of living off of its legacy franchises might be a bit too much more-of-the-same for Hilleman's view of the industry.