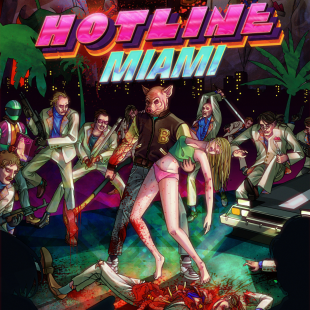 Sony is adding Hotline Miami, Kingdoms of Amalur, Shadow of the Colossus and more to the PlayStation Plus Instant Game Collection in October.

We're just going to go ahead and say that PlayStation Plus members should pretty much be set for games in October. We say this because Sony has unveiled the titles it will be adding to the service's Instant Game Collection over the course of October and it's a pretty darned impressive assortment. While the company has yet to confirm the dates that each individual game will be joining the Instant Game Collection, next month's additions will include 38 Studio's Kingdoms of Amalur, the PS2 classic Shadow of the Colossus, Telltale's Poker Night 2, the Vita shmup Sine Mora and Hotline Miami. Hotline Miami, of course, is a Cross Buy title so PS Plus members will have access to it on both the PS3 and the Vita.

Obviously, if you have a PS Plus membership and haven't beaten Shadow of the Colossus you should take this as a sign to check that off your to-do list. Once the guilt from that experience subsides you can then move on to whichever game best suits your tastes. Personally, being a bit of an RPG fan and having already sliced, bludgeoned and slaughtered my way through Hotline Miami, I might sit down with Kingdoms of Amalur for a stretch. The misfortunes of 38 Studios aside, I hear its pretty good. Which titles from the assembled group are you excited to try?