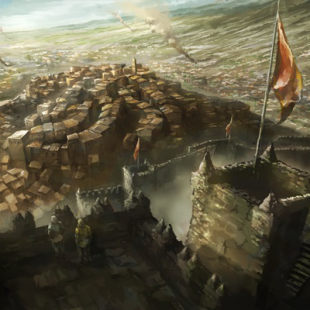 Atlus is knocking $10 off the sticker price of Shin Megami Tensei IV until October 14th.

The latest entry in the long running Shin Megami Tensei series, Shin Megami Tensei IV lit up Japanese sales charts when it launched back in May. Perhaps hoping to drive up American sales a bit, Atlus has announced that the game's price will be dropping ten dollars to $39.99 for the next two weeks. The sale, which will end on October 14th, will apply to both physical copies sold in stores and digital editions sold in the 3DS's eShop. Following the end of the sale the price will shift back to its original $49.99.

Following the quest of protagonist Flynn to defend his homeland from demons, Shin Megami Tensei IV elicited no small amount of praise from reviewers who appreciated the game's challenge as well as the intense depth of its role-playing mechanics. Some had criticisms for the game's story but, overall, reception for the game was positive with some counting it as one of the better JRPGs to come out in recent years.

Granted, 40 dollars isn't, by any means, chump change, but it's still a 20 percent discount on a new copy of a recent game that, on its own, has enough content to pretty much dominate your free time for a good long while. In other words, if you have a hankering a good JRPG, you might want to head to the 3DS eShop while you have the chance.