Nintendo has also announced that 1.26 million Pokefans have pre-ordered the latest Pokemon game in Japan.

Pokemon X and Y is not officially released until October 12, but that doesn't stop the less scrupulous "mom and pop" stores from releasing the game as soon as they get stock of it. As such, a couple of lucky gamers have already gotten their hands on the game, and have been blasting through the main story posting spoilers left and right. Because of them, we now finally know what each of the three starter Pokemon's final evolved form will look like, as well as what type they will be. 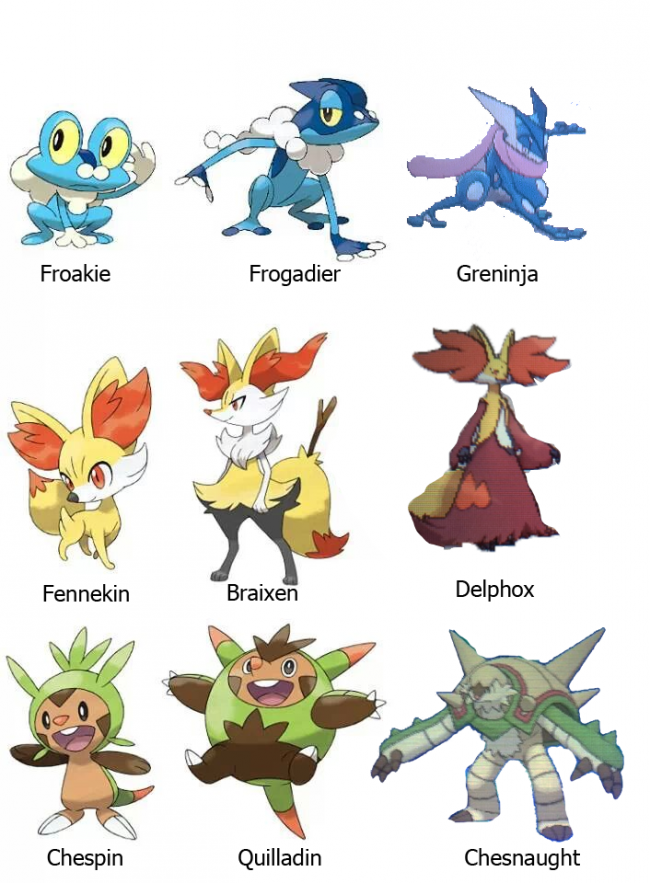 Furthermore, it turns out there are quite a lot of us still waiting paitently for the game's official relate date, especially in Japan, where Nintendo has revealed it has broken a pre-order record for the 3DS. Over 1.26 million fans have put money down on the game, nudging out Monster Hunter 4 and making it the most pre-ordered 3DS game of all time.

The last bit of official news we heard from Game Freak was that Charizard will have two mega-evolutions. Some gamers with early copies of the game are reporting that Blastoise and Venasaur will also have two separate mega-evolutions depending on which version of the game you are playing.

Update: Many of you are claiming that these pictures are fake, but fortunately (or unfortunately) Neogaf forum users are confirming the reports, and have provided some additional screenshots.

Update #2: Just in case you were still doubting the legitimacy of these images, Nintendo has now made them official on the Pokemon X and Y website. Here's the official art: