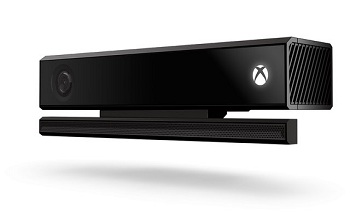 Microsoft Director of Product Planning Albert Penello says the company has better things to do than turn the Xbox One Kinect into an interactive targeted advertising machine.

There was a bit of a stink earlier this year when the word went out that the Xbox One, powered by vastly improved Kinect technology, was designed "with advertising in mind." It was a vague statement but it carried extra weight because of Microsoft's work on "NUads," a type of interactive advertising designed for the original Kinect that was first unveiled in 2011. And regardless of the specifics, nobody likes advertising, right?

But in response to questions about NUads on NeoGAF, Penello described them as "simply interactive advertising done on the platform," and said that concerns about Microsoft's plans for ads on the Xbox One are overblown. "What I think you're asking about is an interview done earlier in the year where someone was talking about how some of the new Xbox One Kinect features *could* be used in advertising - since we can see expressions, engagement, etc. and how that might be used to target advertising. This is the point that seems to draw some controversy," he wrote.

"First - nobody is working on that. We have a lot more interesting and pressing things to dedicate time towards. It was an interview done speculatively, and I'm not aware of any active work in this space," he continued. "Second - if something like that ever happened, you can be sure it wouldn't happen without the user having control over it. Period."

Penello noted that Microsoft could add some "cool features" if it enabled things like cloud-based facial recognition data storage but said that for "privacy reasons," that information never leaves the console; as well, the system stops the Skype video stream whenever the app isn't in focus, so it's impossible to have it going in the background, intentionally or otherwise.

"I'll say this - we take a lot of heat around stuff we've done and I can roll with it. Some of it is deserved," he wrote. "But preventing Kinect from being used inappropriately is something the team takes very seriously."