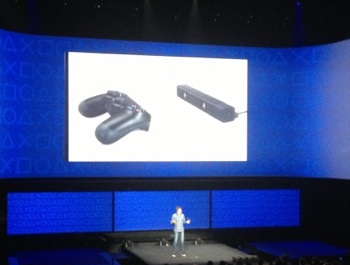 But wait for tests, he warns.

The PS4 DualShock 4 controller's basic functionality will work "just fine" on PC, according to Sony's Shuhei Yoshida. This reveal comes as part of a Twitter conversation Yoshida had with fans, and he went on to confirm that it would have compatability "by default." However he immediately cautioned fans to wait for the field report after launch, so - while it will work on PC - the exact details await a post-November briefing.

By basic functionality Yoshida certainly didn't mean the touchpad, just the analog sticks and buttons. The DualShock 4 reveal back in February highlighted its camera and share button, which also wouldn't be included in anyone's definition of basic functionality. Earlier this year Yoshida confirmed that the DualShock 4 would be compatible with PS Vita TV, though remote play would not be available at launch.

Yoshida also took to Twitter to tell another fan that external headsets with 3.5 mm jacks will work, but the external microphone may or may not.