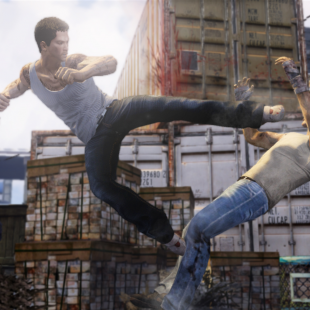 United Front Games will be working with Square Enix to develop and publish Triad Wars, a sequel to 2012's Sleeping Dogs.

A lot of people, including the Escapist's editor-in-chief Greg Tito, were impressed by the open world crime drama experience offered by Sleeping Dogs. One party not initially pleased with the game, however, was Square Enix. The publisher, banking on the trio of Sleeping Dogs, Tomb Raider and Hitman: Absolution to improve its fiscal situation, ended 2012 with all three games selling less than expected. Square Enix would go on to admit its expectations had been too high, but many fans still left the game worried that it would be wind up being a one shot IP, doomed to drift into obscurity.

Thankfully, those worries can now be put to rest. United Front Games, the developer behind Sleeping Dogs, has announced that it will be receiving a sequel in the form of Triad Wars. While the studio wasn't able to divulge many specific details for the game, it was able to confirm that it would be "based in the Sleeping Dogs universe" and that the studio would have more details "in 2014."

While we'd be happier if United Front were able to divulge more details on what Triad Wars will actually be and what it will draw from its predecessor, we won't complain about good news. At the end of the day, Sleeping Dogs was a great game and if the studio can simply expand and refine on the work it's already done, there will likely be some happy gamers in the near future.