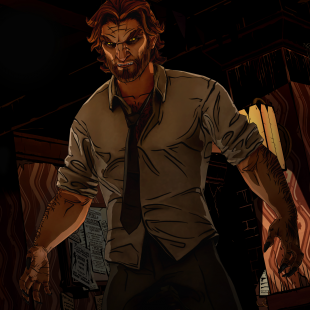 Telltale's prequel to Fables, The Wolf Among Us, will launch on Xbox 360 and PC/Mac this Friday with the PS3 version coming a few days later.

It's been more than two years since Telltale first announced it would be crafting a game based in the Fables universe. Since then it has taken form as a prequel that many gamers and comic fans have been waiting eagerly to play, especially after Telltale's successful take on The Walking Dead. That in mind, we're happy to report that The Wolf Among Us has finally received a release date that's not too far off.

According to Telltale, The Wolf Among Us will be launching worldwide this Friday, October 11th. The game's first episode will sell for $4.99. A season pass, which will include the first episode as well as the four to come after it, will also be available for $14.99. These prices are based on the Xbox 360 version. The Steam season pass will cost $25, although customers who pre-order it will be privy to a 10 percent discount.

Sadly, this initial launch is limited to the Xbox 360 and PC/Mac. PS3 owners can expect their version to arrive a "a few days after" the Xbox 360 and computer editions. The extra wait is sure to be disappointing for some, but we're just excited to see how the game turns out. While Telltale's take on The Walking Dead was well-received by gamers and critics alike, The Wolf Among Us comes with more caveats. Besides being based in an arguably deeper world, it's also a prequel to a long and complex story with a lot of moving parts. In other words, while we have faith in Telltale to deliver something good, there's potentially more to screw up here than in The Walking Dead.