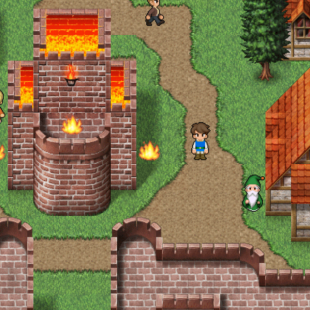 Square Enix producer Takashi Tokita believes customers are "content" with the premium prices the company charges for its mobile games.

Mobile games sometimes get an undeservedly bad rap, owing in no small part to the fact that many of them are simple, accessible and oftentimes just plain cheap. That being the case, many take issue with Square Enix's standard practice of charging a comparable arm and leg for the mobile versions of its own library. It's not hard to see why some might be disgruntled. Angry Birds might be playable with just the flick of a finger but it only costs 99 cents. What makes Square Enix think it can charge $15.99 for Final Fantasy V? Speaking on the subject recently, the company attempted to explain the rationale behind its mobile pricing model.

"The new Final Fantasies we are releasing from the mobile phones are better in graphics, and a lot of work has gone into them to make them a pleasant experience," said producer Takashi Tokita. In turn, Tokita believes this work justifies a higher price point, even when compared to other versions of the same games that cost less on different platforms. The PlayStation Network ports, for instance, don't live up to same standard. "[They] aren't upscaled versions," he said. "They are basically migrations from the older systems."

That being said, the company hasn't been oblivious to consumer complaints. "In the beginning we did receive some concerns about the pricing," he said. Concerns that he claims were mitigated, at least in part, by the quality of the experiences being sold. "Customers have played it and saw the value and have been content with the pricing." A part of us wants to assume "content" may be a strong word, but that's just our opinion. What do you think? Is Square Enix correct to assume that the quality of its content earns it the right to charge a bit more? Or is it perhaps being greedy and leveraging its fanbase to earn more on products that might cost less if they were coming from a different company?