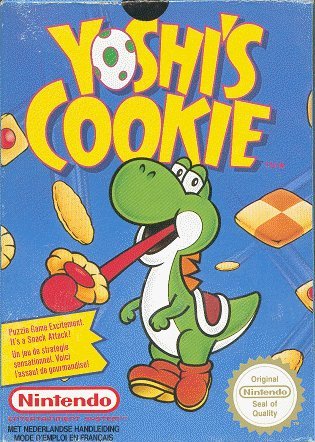 You'd think a game with Mario's faithful steed in the title would have a longer shelf life.

If you want a copy of the NES puzzler Yoshi's Cookie for your Wii, snap it up before 9 a.m., Friday, Oct. 18, when the game gets pulled indefinitely from the system's Virtual Console download service. After that point, customers won't be able to purchase it or redownload it if they already bought it. The game was already removed from the European and Japanese Virtual Console service.

Joystiq hypothesizes that an expired license is the cause of the delisting, noting that similar disputes have resulted in previous games being removed from the service. These include Konami's Teenage Mutant Ninja Turtles, Irem's R-Type and the three Donkey Kong Country games.

Yoshi's Cookie, developed by Bullet-Proof Software, was released for the NES in 1992, with a Game Boy version also being released that year and a Super Nintendo version in 1993. It was released on the Virtual Console in 2008. Neither the Game Boy or SNES versions are currently available on the Wii Virtual Channel, according to Nintendo's official site.