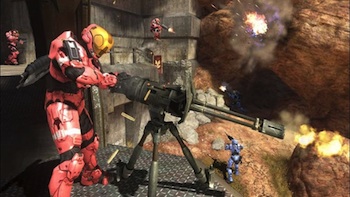 Who would have thought that free games would give players a reason to hang onto their Xbox Live Gold accounts?

For the past few months, Xbox Live Gold subscribers have been getting the chance to download a "free" game every few weeks as part of Microsoft's "Games with Gold" program. To date, the feature has been considered "limited time program": Microsoft has been waiting to see if the feature would be worthwhile.

Well, I have good news, folks. The people have spoken and... The parade of free games will continue! Microsoft has announced that "Games with Gold" is now an "ongoing benefit" of Xbox Live Gold on Xbox 360.

"Games with Gold" allows subscribers to download a specific game, free of charge, on the first and fifteenth of every month. Games delivered via program since it began five months ago include Halo 3, Assassin's Creed II, and Dead Rising 2.

According to Microsoft, "97 percent" of Xbox Live Gold members say they like the idea of getting new games every month. The question is: Why don't the rest of them?