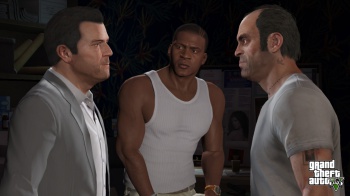 The number of people demanding Grand Theft Auto V on the PC continues to grow.

Back in July, a Change.org petition calling for a PC version of the currently console-exclusive Grand Theft Auto V garnered 200,000 signatures, a number big enough to draw itself to our attention. By the middle of September that number had climbed to 375,000, and now, just a hair more than a month after that, the petition stands at over 600,000 signatures.

It's a big number, but still well shy of its ultimate goal of one million sigs. The good news is even if the petition falls short, it's very likely that the game will come to the mouse-and-keyboard set anyway. Not only is there precedent - PC versions of past GTA releases have always lagged behind their console cousins - but "multiple industry sources" told Eurogamer earlier this month that a PC release would arrive in the first quarter of 2014, echoing a similar, slightly earlier prediction by Intel executive Chris Silva.

While the "Release Grand Theft Auto V on PC" effort continues to make headway, the infinitely more amusing "Don't Make a PC Version of GTA V" petition seems to have run out of steam: after hitting 10,000 signatures in mid-September, it's managed to climb to just a little over 11,000.