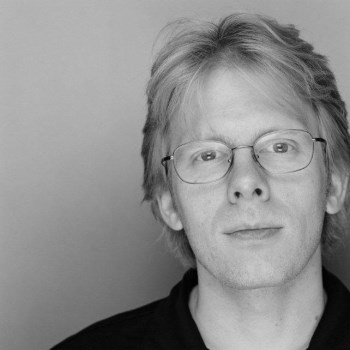 The new CTO of Oculus John Carmack hopes to ship a retail unit of the Rift sometime next year.

Speaking to Engadget, Oculus CTO John Carmack said that a new dev kit for the Oculus rift will be in developer's hands in the near future. He also revealed his vision for the retail version of the device, explaining "The way I believe it's going to play out is you will eventually have a head-mounted display that probably runs Android, as a standalone system, that has a system-on-a-chip that's basically like what you have in mobile phones."

Carmack hopes that the Rift will hit shelves sometime next year, though the team is still debating whether it will see a full retail release, a "direct-to-consumers" option, or something else entirely.

Carmack tells us that the Rift was made possible due to mobile technology's constant push forward, meaning cheaper components that are more accessible to everyday consumers. He expects mobile tech to reach 4K resolution in the not-so-distant future, making future models of the Rift much sharper visually.

Head-tracking was the most difficult component of the device to bring down to a consumer price, says Carmack. "A lot of the work at Oculus has gone into working out better position tracking," he told us. "The tracking side is something that there hasn't been as much of a push for and we're frantically working on a lot of that, because that is one of the other really large issues. But we expect that the next developer kit will have higher resolution and position tracking addressing some of these significant issues."

Are you excited for the Oculus Rift? What would it have to cost for you to pick one up? I would get one if it was somewhere around the $250 price point.