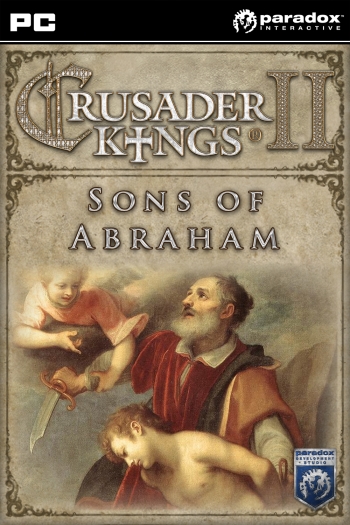 Having the clergy on your side is useful for any hopeful medieval ruler. Just ask King Henry VIII about the troubles a disapproving Pope can bring you. Crusader Kings II: Sons of Abraham, the fifth expansion for the strategy title, adds Judaism and expanded features to Christianity and Islam. Your ruler can go on pilgrimages to holy places, send courtiers off to monasteries when they become troublesome, and court favors from the Pope. As a Jewish lord, you can rebuild the Temple in Jerusalem and recreate the Kingdom of Israel. The ability to pick between the rationalist Mutazili or an opposing Ashari has been added for Islamic lords.

A developer diary from project lead Henrik Fåhraeus began today with details on how the College of Cardinals will operate in the game. Christians lords can gain influence over the Catholic Church by getting a loyal bishop appointed Cardinal. Cardinals are chosen by the Pope, and when the time comes to elect a new Pope the cardinals elect one from among their number (just nine in Crusader Kings II, for simplicity). If you manage to get your man the coveted fancy hat and robes, he will be able to grant your requests. Fåhraeus writes, "Want to get divorced? No problem. Want to invade someone? Ok. To make this even more useful, we've given the Pope some new powers as well: he can give you money, plain and simple." Information about holy orders, heresy, and other new features of the expansion will be discussed in future developer diaries.

Developed by Paradox Development Studio, strategy RPG Crusader Kings II was released in February 2012 and simulates a medieval dynasty. Crusader Kings II: Sons of Abraham launches for PC and Mac by digital download on November 18, with a suggested retail price of $9.99 USD.