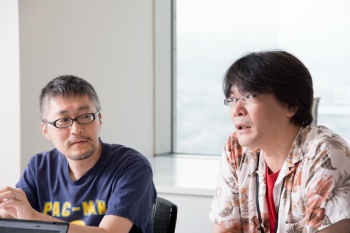 That said, the developer has not completely ruled out the possibility of paid Pokemon DLC in the future.

Nintendo has finally decided to join its rivals in the present by experimenting with paid DLC in recent times. New Super Mario Bros. U and New Super Mario Bros. 2 both have received paid DLC on the Wii U and 3DS respectively. The Pokemon franchise, which has roughly seven kerjillion of the little critters by the latest count, seems like it would be the perfect fit for paid DLC. At 100 yen (about $1) per 'mon, they could be making bank, but Pokemon art director Ken Sugimori and game director Tetsuya Watanabe tell 4gamer why they have put their foot down on the idea of buying Pokemon for cash.

"When it comes to business, the one thing I've always said 'no!' to is 'the act of buying Pokemon with money,'" says Sugimori. "That is something that has been said since the days [Satoshi] Tajiri was completely involved in everything." He explains that having paid-for-Pokemon could 'ruin the worldview' of Pokemon.

"I believe the reason we don't simply commercialize, is that it's a way of protecting the brand, and for this purpose, we have the specialty company called The Pokemon Company. Therefore, suppose we sell a Pokemon for 100 yen, then we must prepare something that is worthy of that 100 yen, along with a reasonable consent for doing so."

You may then be asking about the Pokemon that are made available for download to those who go to see the latest Pokemon movie. "That plan came to be after we thought 'now, this is fun' about the idea of having the experience of a Pokemon who was featured in the movie you just saw, appear out of the big screen," explains Sugimori.

Sugimoro's conclusion, however, does not completely rule out the idea of having paid DLC in the future. "If we ever get the idea of 'this could be fun if we could sell it for real-life money,' or something similar during the planning of a future game, then perhaps we could sell them for 100 yen."

Would you be willing to shell out a buck for that one Pokemon you really want? Personally, with the vast improvements of the Global Trade Station in the latest version (especially the ability to search for Pokemon you haven't seen in game), and Nintendo's frequent distribution events, I don't think it would ever be necessary, or justified.