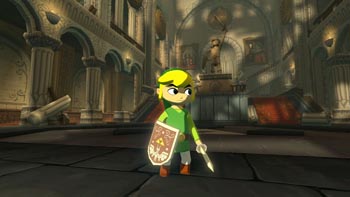 Nintendo is focusing on developing new titles, but it wouldn't say no to others making HD remakes of old Nintendo games.

HD remake this, HD remake that. HD remasters are all over the place. Nintendo's own Legend of Zelda: Wind Waker HD launched last month. Speaking as a part of a roundtable interview, Shigeru Miyamoto said Nintendo is working on new titles; however, were someone outside Nintendo to work with the company to develop HD remakes, Nintendo would be interested.

Miyamoto did not mention the names of any development partners for future HD remakes. He added HD remakes should make use of Wii U technology rather than only updating the visuals for the Wii U.

"The main thing that's always going to be on our minds is what new elements of gameplay can we use with the Gamepad as applied to some of these older games," he said. "We want to find some way to bring a refreshing experience to this rather than simply update the visuals and leave it at that."

In an earlier Iwata Asks, Takuhiro Dohta of the Technology Development Department at Nintendo said only a few in-house designers at Nintendo worked on Wind Waker HD. "Things that could be done with sheer manpower" were handed off to developers outside of Nintendo.

Nintendo has several series that have gone on for many years, giving the company and development partners much to work from - so long as Nintendo feels the remake can add something new to the original.