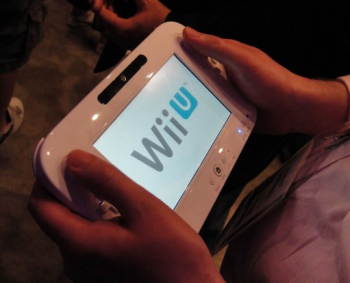 Remember that Wii U price drop? So does Nintendo.

Nintendo's current financials are out, and things aren't looking so great for the Wii U. Though the company's other devices are strong sellers, the Wii U only managed to move 0.46 million hardware and 6.30 software units worldwide in the six months ending September 2013. That Wii U price drop - the one Nintendo said it couldn't afford to make - isn't doing the company any favors. Nintendo says the Wii U markdown in the US and Europe had a "negative impact on Nintendo's profits," contributing to an overall operating loss of ¥23.2 billion (approximately $236.3 million).

Administration and expenses ate up a gross profit of ¥62 billion ($631.5 million), and again, Nintendo blames the Wii U, as a substantial portion of those expenses relate to sales advertising and research and development for its next generation console. The Wii U sold as many units in the US - 230,000 - as it did in Japan, from April to September 2013, and the company's really hoping for a bright Christmas. Despite the glut of bad news, Nintendo will not adjust its financial forecast for the year.

"We strive to increase the profitability of our business by accelerating digital distribution of packaged software for both Nintendo 3DS and Wii U that we started last year," says Nintendo, "and improving hardware profitability by reducing its costs." Better hope so, else Mario may need to downsize to a more modest mushroom kingdom. That, or hold one hell of a yard sale.