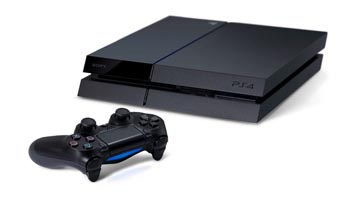 Sony's "Ultimate FAQ" answers many lingering questions leading up to the PS4's launch, but some of the answers are not what people hoped for.

Sony posted the beginning of its long "Ultimate FAQ" to its PlayStation blog, answering questions about the contents of the PS4 at launch, hard drive specifications, hardware performance, what the console will and will not support, and much more. Sony will continue to update the FAQ leading up to launch and will answer any necessary questions post-launch. Launching Nov. 15 in the US and Canada, the PS4 will not support external hard drives, media servers, and DLNA support for streaming videos from a home PC.

Unlike the PS3, the PS4 will not support media servers or DLNA functionality, which allows users to stream media from a PC. With the PS3, users can access their PC's media from the PS3's XMB.

While the PS4 has a button on the DualShock 4 dedicated to sharing, the PS4 does not allow sharing to YouTube. When using the share button, users' videos can be shared via Facebook or streamed on Ustream or Twitch. Certain in-game areas may not allow recording as decided by the developer. The PS4 automatically records gameplay at a maximum of 15 minutes at a time, but it will not be shared or take up space on the hard drive until the share button is pressed. There is no time restriction for livestreams instituted by Sony, but the post notes some services may have time restrictions.