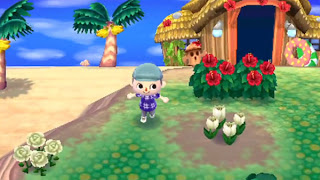 The life simulation game launched in Japan Nov. 2012 and in the west in June of this year. From June to September, Animal Crossing: New Leaf sold 2.01 million units overseas and added an extra half million units from April to September in Japan.

Coming in second is the mascot for the Year of Luigi in his game Luigi's Mansion: Dark Moon, which has sold 1.91 million units globally in six months, bringing its lifetime total to 3.13 million, about half of Animal Crossing: New Leaf's figures. The game came out in March for Japan and the west. In the six-month period, Luigi's Mansion: Dark Moon sold 1.34 million copies overseas compared to Japan's half a million.

The third is Tomodachi Collection, a life simulation game released only in Japan making use of Miis. Despite this, it beat out two other games in number of units sold both in six months and in its lifetime. Since its April launch, the game has sold 1.63 million units.

Mario & Luigi: Dream Team, launching in July around the world and August in North America, sold 1.37 million units from its release to September. Just under a million of those sales came from sales outside Japan.

Bringing up the rear is Donkey Kong Country Returns 3DS at 1.19 million units sold since its May release in the west and June release in Japan. The majority of the sales came from overseas.

Generally, the games that were released later in the six-month period sold less, unexpectedly, but Animal Crossing: New Leaf came in like a cute storm, outdoing all the other 3DS games during this period.