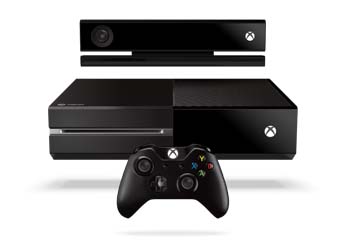 Xbox One users can control the sharing of some data, but there is no privacy for voice chat and video communications during gameplay sessions.

Microsoft released an updated privacy statement addressing remaining concerns consumers may have about the Xbox One's Kinect facial and voice recognition functionality and what Microsoft does with that data. The company stated information about users' personal appearance is private and "expressions" data is deleted once the session ends. However, users should not expect any level of privacy when using the chat, video, and communications features in live-hosted gameplay sessions as Microsoft will "monitor these communications to the extent permitted by law."

Microsoft will use the information it collects to inform users about their accounts and security updates in addition to personalizing advertisement-supported services to users.

Some games may use a new feature that allows users to use their facial expressions to influence a game. Microsoft stated the data will not identify the player, the data stays on the console, and it is destroyed at the end of the session. Hand gestures used with the Kinect also cannot be used to identify users. Some Kinect games will use the camera to take pictures of the user, but the photographs can be deleted at any time.

While Microsoft will monitor hosted gameplay sessions, the company stated there is no way for it to monitor the entire service at once. As long as the user consents, Microsoft will collect samples of voice commands for product improvement. Users can delete voice command samples stored on the console as long as they have not been sent to Microsoft already. Kinect can be turned off at any time. Microsoft will not monitor Skype calls.

The privacy statement is available for viewing in its entirety here. To view more detailed information beyond each section's summary, click "learn more."