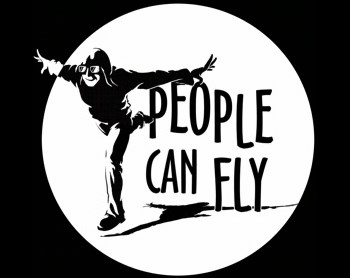 People Can Fly, the Warsaw-based studio behind Painkiller and Bulletstorm, is now known as Epic Games Poland.

I never much cared for the name People Can Fly, but on balance, given that the studio created both Painkiller and Bulletstorm, I was happy enough to let it go by whatever name it wanted without complaint. And so I won't complain about this name change, either, except to say that, for sentimental reasons if nothing else, I actually prefer People Can Fly; but times change, and names change, and so it is that the studio is now known as Epic Games Poland.

"We're a global company with talented people working toward one goal across the world," Epic said in a statement. "We think this helps better reflect that."

That "one goal" is Fortnite, the sandbox zombie survival game Epic announced in late 2011, which actually looks like it could be pretty cool. People Can Fly - okay, fine, Epic Games Poland - had begun preliminary work on a sequel to Bulletstorm but Epic pulled the plug on that project in April 2012. Epic acquired People Can Fly in 2007.