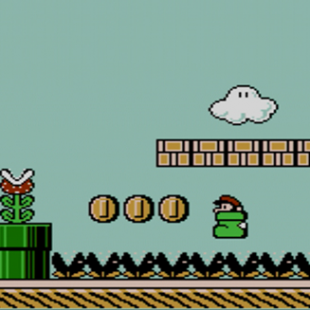 Digital versions of the classic Super Mario Bros. 3 will be making their way to the Virtual Console service on Wii U and 3DS.

There are more than a few gamers that would regard Super Mario Bros. 3 as the best game in the Mario franchise, if not the best the game ever made. A few hours of play time is all it really takes to understand why. It's about as pitch perfect a platformer as Nintendo has ever produced, coupling the tight, simple gameplay of its predecessors with interesting power ups, a colorful world that's fun to explore and filled with secrets that will keep you revisiting it over and over again.

That said, fans of the classic may have some reasons to rejoice as new listings on the official Nintendo website suggest that the classic title will be making a fresh debut on the Wii U, 3DS and 2DS via their respective Virtual Console services. While Nintendo has yet to make a big hubbub about it, the Wii U and 3DS sections both now sport pages describing Super Mario Bros. 3 as being available on each platform. These pages, sadly, include no release date or pricing information, but their mere existence is pretty much a confirmation of their impending re-release.

While the Wii U release is exciting in its own right, we'll be honest and say that we're a tad more interested in the 3DS port. Super Mario Bros. 3 has, of course, seen portable re-releases in the past, but the 3DS has been sadly bereft of the title despite the availability of other NES classics. Its addition is, in our opinion, a huge boon to the handheld's version of the Virtual Console and a release that you can bet we won't be passing up on.