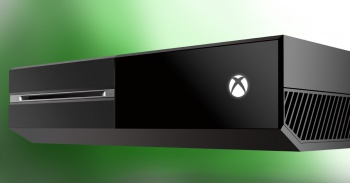 Microsoft's Xbox One is battling it out with the PS4 in available features.

Following the release of Sony's PS4 Ultimate FAQ, which revealed the PS4 would not support the DLNA functionality that allows users to stream media from other devices, Microsoft confirmed the Xbox One will be DLNA-compatible, but the company is still working on getting the console DLNA-certified. The Xbox One will also support audio CD playback, a feature the PS4 does not have.

Using DLNA, the Xbox One will act as a receiver and will stream content from support devices, such as Windows 7, 8, and 8.1 computers and "many Windows phones," Microsoft spokespeople told Polygon in a statement.

The console also plays audio CDs, but it does not support CD-ripping, a feature the Xbox 360 has. You also can't play MP3 or AAC audio files from devices like an iPod or Windows Phone over USB.

The PS3 supports media streaming and audio CD playback. To play music on the PS4, Sony suggests users get a Music Unlimited subscription. The ad-free music subscription service costs $4.99 to $9.99 depending on the number and type of devices subscribers own. Shuhei Yoshida, president of Sony Worldwide Studios, said on Twitter, "Thanks for the feedback to the lack of MP3 and DLNA support at the launch of PS4. I'll share with the pS4 Dev team for future consideration." So, it's possible these features will at some point be added to the PS4.

Microsoft has not released an FAQ similar to Sony's, so there are still many details unknown about the Xbox One. Sony plans to continue updating its PS4 FAQ.