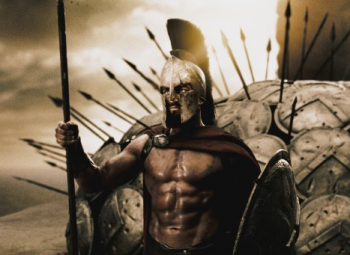 Gerard Butler, he of 300 fame, may yet surprise us with a Kane & Lynch film adaptation. Butler is in talks to play Kane, while the role of Lynch is still open; Vin Diesel has been offered the part, but hasn't accepted it. F. Gary Grey - The Negotiator, The Italian Job remake - will direct. Lionsgate has been plugging away at this one since 2007, with not much to show for it; time was, Bruce Willis was supposed to play Kane with Jamie Foxx as co-star, but those days are long gone.

Kane & Lynch: Dead Men is probably best remembered as the game that got Jeff Gerstmann fired, which eventually gave us Giant Bomb. So well done, Unintended Consequences; for once, you did something right. Apart from Lionsgate's eternal optimism for the film, and a six issue comic, the only other thing Kane & Lynch ever bequeathed to the world was Kane & Lynch 2: Dog Days. Don't think the world is grateful for that, because it bloody isn't.

While Lionsgate's optimism is admirable, you have to wonder where it intends to go with this one. You start with Bruce Willis and Jamie Foxx as your two stars, and work your way down to Gerard Butler and Vin Diesel? Where to from here? Kermit the Frog and a plank of wood?