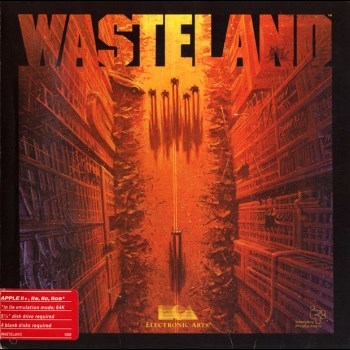 Wasteland's re-release edition has gone Gold and, if all goes well, will be on Steam and GOG.com by Friday.

Wasteland 2, the sequel to the Fallout-inspiring 1988 videogame, was one of the first major gaming projects to emerge from Kickstarter. While the new game isn't quite ready for the public just yet, fans and backers be excited to hear that the original Wasteland will soon arrive on modern systems. And when I say "soon", I mean "possibly this week" soon; according to Wasteland 2 Project Lead Chris Keenan, Wasteland 1's re-release edition has just gone Gold, and might arrive on Steam and GOG.com tomorrow.

Wasteland, like the Fallout games that followed it, is a top-down turn-based RPG set almost 90 years after a nuclear holocaust. Gameplay and level design is largely unchanged for the new edition, but inXile Entertainment has provided several upgrades for current PCs. Wasteland will now run on modern operating systems, supports higher resolutions, and features new voice-overs for paragraph text. The re-release also includes a new music track from Wasteland 2 composer Mark Morgan, integrated paragraph book and manual texts, and a variety of tweaks proposed by Wasteland 2 backers.

All Wasteland 2 backers, and Torment: Tides of Numenera backers of the appropriate reward tiers, will receive Wasteland 1 free of charge. Wasteland 1 will be available solely to these individuals at first, but purchasable copies should follow shortly after. If you happen to be a part of that advance group, keep an eye on your email account; those keys should be arriving any day now.