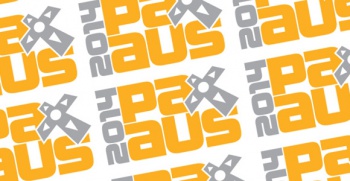 This year's Penny Arcade Expo Australia was a huge success, with tickets selling out before you could say "dickwolf". In order to remedy that, next year the event will be held in a larger location, allowing for around 50% more capacity. Also, even though the event is still almost a full year away, those who need to make absolutely sure they don't miss out this time can now purchase a ticket from the official website.

Owing to the larger venue, and the age-old business laws of supply and demand, prices have gone up for next year's event. A 3-day pass now costs $150 rather than this year's $115. If you wish to participate in the event's BYOPC LAN, you'll have to shell out an extra $45 on top of that. The single day pass is, however, still only $55.

On top of this, there is a new 3-day international pass, which is available exclusively for international visitors, to give them a chance to at least try and make travel plans before the tickets inevitably sell out.

PAX AUS 2014 will be held at the Melbourne Convention and Exhibition Centre, from October 31 till November 2. Melbournians will note that this is the same weekend as the "Melbourne Cup" horse race, which is a public holiday and kind of big deal around here, so those of you coming from out-of-state or abroad might want to consider getting your accommodation sorted early.

Update: Content and community manager for PAX Australia Guy Blomberg has stated that the three-day-passes for the event are now completely sold out! He said that even though the capacity was significantly larger than this year's event, they still sold out of passes within 24 hours.

The single day passes are still available for purchase.

Does It Really Matter If You Make Your Own Cosplays? Liana Kerzner 2 Comments