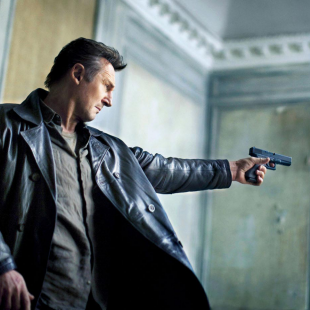 PG-13 films in 2012 contained more violence than their R-Rated counterparts.

The PG-13 movie rating was created in 1984 as a way to tell parents that the movie little Timmy wanted to see wasn't quite as violent as an R-rated flick, but still contained some content that might questionable for a ten year old. No matter your feelings on movie ratings and organizations like the MPAA, there is some undoubted wisdom behind that. Time, however, has arguably seen the rating erode to the point that an R-rated movie from the 80s might actually seem tame compared to what makes into PG-13 films today.

For instance, according to a new study published by The Office Journal of the American Academy of Pediatrics, the occurrence of gun violence in PG-13 movies has tripled since 1985, the first full year after the PG-13 rating took effect. In fact, when it comes violence in general, PG-13 movies actually eclipsed R-rated films in 2012. The result, of course, is that younger audiences are being exposed to content that, even just a few years ago, might have potentially earned a higher age rating.

Granted, the study does come to some arguably dubious conclusions based on these results. Saying that "the mere presence of guns in these films may increase the aggressive behavior of youth," for instance, is likely to leave some eyes rolling. Even so, the study overall can perhaps serve as a continued reminder of just how silly the current movie ratings system is. I, for instance, am not a proponent of shielding kids from everything with even a hint violence in it. That said, I'd agree that movie ratings, in America at least, definitely give too much weight to sexuality and nudity and not enough to violence. Somehow the presence of an on-screen boob on just seems less serious than a head shot.