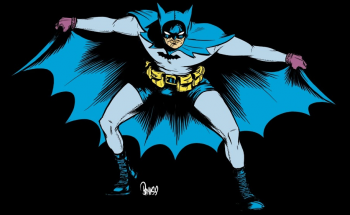 Batman and the Joker; they've been dancing in the pale moonlight since 1940, with never an end in sight. The one won't kill, while the other does nothing but, and, in this amazing 14-page fan comic by writer Gerado Preciado and artist Daniel Bayliss, two very talented people explore what it would be like if it did end after all. It might be the Joker pressing the final button, but why does he set it all in motion? And will Batman decide to send him to Hell, or is there another way out of the paradox they find themselves in?

This one isn't for those with an aversion to violence, and its treatment of the canon is bound to upset some Batman fans. "Daniel and I are very happy and grateful for the amazing response that you guys are having with The Deal," says Preciado, adding "we will be uploading more stories very, very soon." If you're looking for concept art, head over here, where there's a whole bunch.

If you just want to get to the meat of the matter, head right over here and read The Deal.