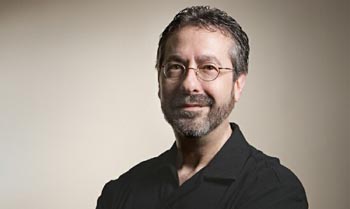 Warren Spector is one of many game industry veterans to work at the new Denius-Sams Gaming Academy in Texas.

Creator of Deus Ex and Epic Mickey, Warren Spector is the director of The University of Texas at Austin's Denius-Sams Gaming Academy. The postbaccalaureate program begins fall 2014 and is open to only 20 students.

"Having worked with the folks at UT Austin in an advisory capacity for the last year, I've become more and more impressed with the seriousness of their intent," Spector said. "There's a real commitment here to create something unique and excellent, delivering something the games industry needs and wants - more and better prepared creative and business leaders. I'm not making a game right now, but I feel like I'm doing something even more important - designing a program that benefits students and the games industry by helping to train the leaders of tomorrow.

Zeschuk said he is excited that the Gaming Academy's goal is to train new leaders. "Being asked to contribute as a member of the development council for the program was a great honor, and I believe under Warren's leadership, the academy is destined for great things."

The game development program will be for 9 months and will have both in-class coursework and labs where students work as a team. The Academy will admit only 20 students in the program, and it will grant a tuition waiver and a $10,000 stipend to admitted students.