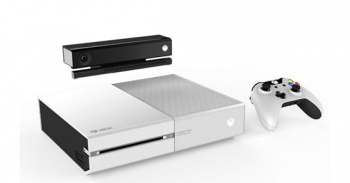 Microsoft's Major Nelson is auctioning a very rare white Xbox One on eBay, with all proceeds going to the Wounded Warrior Project - but the price of admission is very steep.

The white Xbox One consoles created as commemorative units exclusively for members of the launch team are like white elephants: They're really, really rare. Major Nelson, better known as Larry Hryb (or perhaps it's the other way around) was able to get his hands on one, and he's decided to put it to good use by auctioning it off for charity, specifically the Wounded Warrior Project, an organization that provides support for wounded veterans of the U.S. military.

The auction went live yesterday and runs until November 18, so there's still plenty of time to place your bid. That's the good news; the bad news is that bidding currently sits at $11,100 - that's eleven thousand, one hundred dollars, in case you might be thinking there's a typo in there somewhere - and that 11 large bid is legit: Bidding is restricted to pre-approved buyers only.

The Major's white Xbox also comes with one year of Xbox Live and copies of Forza Motorsport 5, Ryse: Son of Rome, Dead Rising 3, Killer Instinct and Crimson Dragon - in case you need a little something extra to sweeten the deal on this $11,000 console, I guess. And while it's rather unlikely that any of us are going to score this particular Xbox One, I think we should all give the Major a thumbs-up for doing a real solid for a very worthwhile charity. Nicely done, sir.