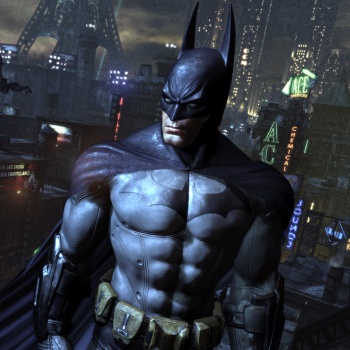 Warner Bros. is re-releasing its entire Arkham Collection in the UK, although console owners won't get all of the DLC.

Batman: Arkham Aslyum was a damn fine game, combining combat, stealth, and a well-written story into one of the best Batman titles we'd seen. This success inevitably led to sequels that weren't as groundbreaking as the original, but were still fun nonetheless. Now, of course, we move to the next logical step: Re-releasing the series as a complete box set. If you're a Batman fan in Europe, it's happening sooner than you'd think. The Arkham Collection is due to arrive on UK shelves next week, with a US edition presumably to follow.

Batman: Arkham Collection will repackage the entire trilogy for PC, PS3, and Xbox 360 platforms. That's the good news. Sadly this set isn't as feature-rich as gaming completionists would have hoped. According to Warner Bros., the box includes a physical Arkham Origins disc alongside digital codes for the Asylum and City titles. If you're a PC gamer, those digital copies will be Game of the Year editions, but consoles have been saddled with the standard releases. PlayStation 3 customers get a slight consolation in the form of Origins' system-exclusive Knightfall pack, but otherwise no DLC seems to have been included in the set.

It's possible that a more complete Arkham Collection will arrive at a later date, but if you can't wait to dive into Arkham, this set makes for an ideal early Christmas gift. The Arkham Collection arrives in the UK on November 22, 2013.