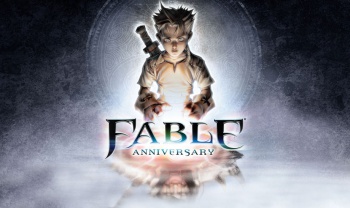 The core Fable games have consistently received Mature ratings from the ESRB, but they're not Mature in the same way Grand Theft Auto V was. Sure, there's some innuendo and fade-to-black sexual content, but it's not quite the "Hot Coffee" levels of scandal that people normally watch for. That is, unless you happen to be in Australia, and the game in question is Fable Anniversary. Apparently a medieval-themed bordello scene, one cut from the original game, now warrants the ten thousand kangaroo aneurisms required for the controversial R18+ rating.

Fable Anniversary's R18+ rating centers around Darkwood Bordello, an in-game brothel previously exclusive to Fable: The Lost Chapters. According to a report from Player Attack, a spokesperson stated that Darkwood's "sex related to incentives and rewards" was the deciding factor for Australia's Classification Board. That's prostitution, in case you weren't certain, which male characters can pay for or dress in a female costume to participate in. In fact, the character's sex scene with an NPC named Grope was the most damning factor, "[exceeding] what can be accommodated at the MA15+ classification". The Board does acknowlege, however, that Fable's fade-to-black policy applies to Darkwood's sexual content.

It's possible that Fable Anniversary's classification will be revaluated at some point, given that ratings for 12 other games are being questioned due to violent content. Still, it's worth noting that if Fable Anniversary had come out last year, this single scene might have prevented the game from being released altogether.

Source: Australian Classification Board, via Polygon