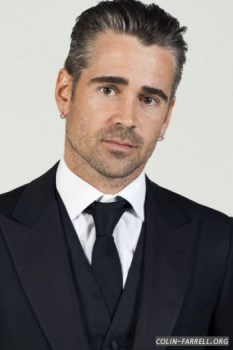 Colin Farrell admits that he's read the script for the Warcraft film but says he doesn't know what's happening with it.

A rumor went up in September that the devilishly sexy Irish actor Colin Farrell might play the lead role in the Warcraft feature film being directed by Duncan Jones. It was "inside sources" and a "50/50" likelihood and all that - about as far-removed from "carved in stone" as you can get, in other words.

Warcraft itself doesn't seem to be much of a draw for him, though. "Not at all, no," he said when asked if he's a fan of the game. "The script was just really, really cool, and it's just a world that I never explored - and it's a really big and fantastical world. I can't imagine what he, being as visually gifted as he is, Duncan, and what he did on Moon with, like, a dime, I can't imagine what he'd do with this Warcraft."

Warcraft is scheduled to arrive in theaters on December 18, 2015.