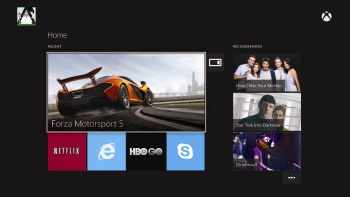 After news broke of a method of updating the Xbox One without connecting the console to the internet, Microsoft removed the support page for the process.

The majority of people with gaming consoles have access to the internet, but why wait to download a mandatory system update on launch day when you can do it from your computer beforehand? While Sony offered a method to download its mandatory at-launch system update, Microsoft will not be doing the same. After news outlets posted a link to the Xbox Support page that explained how to update Xbox One via a PC with internet access and a USB flash drive, Microsoft pulled the support page.

"The site was not an alternative way to take the Day One update," a Microsoft spokesperson said, "and customers still need to connect to Xbox Live for the update. Because of the complexity of this customer support process, we've actually removed the page, and we will work with customers directly to make sure they have a smooth experience."

Before Microsoft took down the page, it had instructions for a 20-step process for the "Emergency Offline Update." Eurogamer listed the 20 steps in an article about the offline update. Microsoft has since removed the files needed for the update, making the method unavailable. The link to the emergency offline update now redirects to the support page for the Xbox One.

Unlike the PS4's at-launch system update, the Xbox One's update is needed to do anything with the console. Xbox One users at-launch could experience some difficulties when everyone is trying to download the mandatory update at the same time. Anyone who doesn't have an internet connection for downloading the update will have to contact Microsoft.