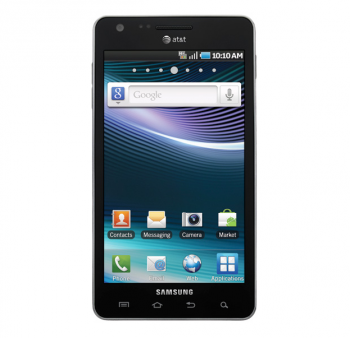 The verdict is in on the Apple Samsung patent damages trial, and Samsung lost. The jury thought Samsung just didn't present enough evidence to counter Apple's claims, and so Apple has been awarded $290 million for its patent infringements. It's not quite the $380 million Apple was looking for, but it's a long way from the $52 million Samsung was prepared to pay. The total owed by Samsung, inclusive of the original patent trial award, is $900 million, or about 90% of the original $1 billion damages that Apple was awarded back in 2012.

The original $1 billion fine had been reduced by Judge Koh, who said at the time that the amount was too high, arguing that the jury had miscalculated the amount owed. This jury asked for calculators and highlighter pens on Wednesday, as it carefully went through the figures. Then, on Thursday, it ordered Thai food and asked for a copy of its courtroom sketch, before delivering a verdict.

Samsung can't be happy with the decision, and plans to appeal, but it was likely to appeal anyway, and it's already said that the racism allegation arising from Apple's closing statements will be part of its argument. Of all its past mistakes, the Infuse 4G is probably the most expensive, accounting for approximately $99.9 million of the award, with the Droid Charge a close second at $60.7 million.

Samsung has already filed an emergency motion, alleging that one important Apple patent may not be valid. Judge Koh has yet to rule on this aspect of the case. If Samsung wins that argument, it's possible the entire award will be nullified.

"During its presentation, Apple made a deliberate decision not to separate the damages between the different asserted patents," says Samsung. "Therefore, it will be impossible to determine what allocation of damages belong to the invalid 915 patent versus the other patents."

Yet another patent trial is due March 2014, this time over patents in the iPhone 5 and Galaxy 4.