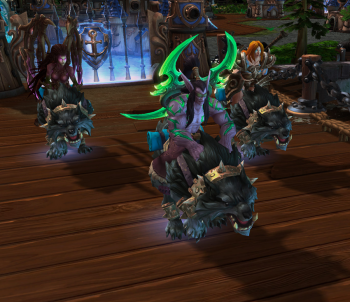 Image Source: Heroes of the Storm

At a recent Heroes of the Storm interview with Rock, Paper, Shotgun, Blizzard developer Dustin Browder was caught off-guard by a question about hyper-sexualized female characters in MOBAs. When asked how Blizzard intended to approach the issue in Heroes, Browder argued "we're just making characters who look cool," and said that Blizzard wasn't running for President or sending a message. Browder has since said he responded poorly, and wants to apologize.

"This is a serious topic and I don't want anyone to think that I, or anyone else at Blizzard, is insensitive about how we portray our characters," says Browder. "And at the end of the day, we all want the same thing. A great game where we can all have fun battling for glory and maybe some bragging rights."

RPS' original question about character design swiftly spiralled out of control. "This is a genre about empowerment," said RPS' Nathan Grayson. "Why shouldn't everyone feel empowered?" To which Browder replied "uh-huh. Cool. Totally," shortly before PR stepped in and shut the interview down.

Browder's blog post apology was contrite, and concluded with an appeal to the player base. "We want to do better, so keep the feedback coming and thanks for the continued support."