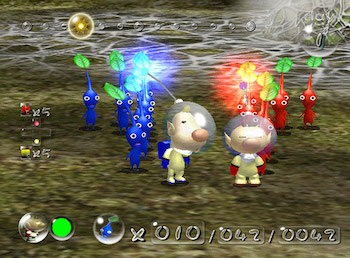 It sounds like Pikmin director Masamichi Abe may be working on a new IP for Nintendo, according to a tweet from a Japanese developer.

Abe's project has been brought to light through a tweet from Tekken creator Katsuhiro Harada. Why would Harada know anything about Abe's work? The two worked together on Tekken and Tekken 2 during Abe's pre-Nintendo days.

Responding to a fan asking if Abe had retired, Harada wrote: "He is in Nintendo Kyoto now. Working on some Nintendo original title."

In addition to his work on Pikmin and Pikmin 2, Abe helped develop a litany of games at Nintendo, including Metroid Prime: Hunters and Mario vs. Donkey Kong: Minis March Again.