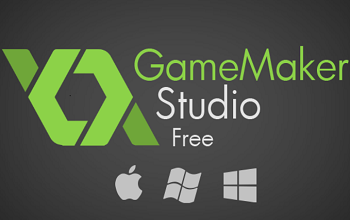 Would-be developers can currently jump on GameMaker train without spending a penny of their own cash.

Ask some random gamers and you probably wouldn't be hard pressed to find at least a few who harbor aspirations of, someday, making their own mark on the industry. Sadly, as most developers can attest, the actual process of making games is frequently quite hard. Even when you have all the other ducks in a row -mechanics, art resources, audio- piecing it all together into a working hunk of software can be a process well beyond the skill set of your average starry-eyed gamer with a dream.

Luckily, programs like YoYo Games' GameMaker Studio can provide a somewhat more accessible alternative to the typical rigors of programming. That said, if you're among the developer-to-be crowd, you may want to check out GameMaker sometime in the very near future as it's currently possible to get the Standard edition of the program, normally valued at $49, for free.

All you need to do is download the free edition of the program, version 1.2.1214 or later. Once you've installed it, it will ask you if you want to use GameMaker as a part of the "beta updates channel." Choose this option and you'll then be directed to register for a license key that will be sent to your email. Using this key will, in turn, unlock the Standard edition. The Standard edition is very similar to the free version of GameMaker Studio, but adds in the handy unlimited resource feature. Games made with the Standard edition are compatible for release on Windows PC, Windows 8 and Mac OS X. Put shortly, it's an opportunity to get a great program for free, and we're not going to argue with that.