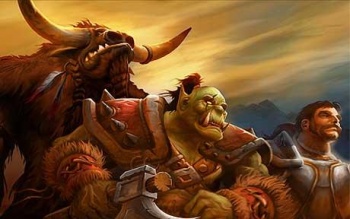 The long-awaited Warcraft movie has been delayed again.

Did anyone really believe that the Warcraft film would follow a smooth, straight path from here to there? It was more than four years ago that Sam Raimi signed up to direct it, after all, and well over a year since he left; in 2009 it was supposed to be out in 2011, and in 2013 they said it would be out in 2015. But now it's later in 2013 and things have changed yet again.

Legendary Pictures announced today that Warcraft, which had been scheduled to hit theaters on December 8, 2015, will be delayed to March 11, 2016. Legendary didn't offer a reason for the delay but it may well have something to do with the fact that Star Wars Episode VII comes out on the same day.

Regardless of the specifics, Warcraft fans are going to have to wait a little longer to enjoy a big-screen adventure through Azeroth, although it's all so far down the road that it shouldn't sting too much - and by now, we probably shouldn't be surprised by it anyway.