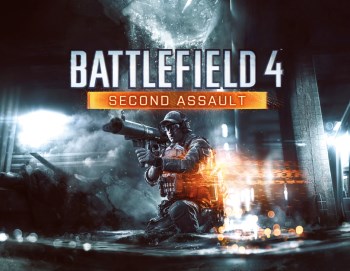 Microsoft and Electronic Arts are investigating reports that timed-exclusive DLC for the Xbox One version of Battlefield 4 has disappeared from the online store.

The Second Assault DLC for Battlefield 4 was released on November 22 as a timed exclusive for Xbox One owners who sign up for a BF4 Premium membership. But over the past couple of days, there's been a problem: Users are finding that when they log into the Premium store the pack is listed as "NULL DATA," with no description, no price and no way to download and install it.

A message posted yesterday on the Battlefield forums complaining about the issue has attracted a number of responses from other players with the same problem, some of whom say the were told by EA support to just wait awhile for it to clear itself up. That went over about as well as you'd expect, but now it appears that the company is digging into the matter earnestly.

"I know some of you have said already that it is being looked into but I wanted to just confirm it for you so you guys have a blue post to refer to," an EA rep wrote. "Right now all I can say is that we are aware of this issue and are currently investigating this with Microsoft. Once we have some more details I'll be sure to let you know."

According to one poster, Battlefield 4 players who have already downloaded and installed Second Assault on Xbox One still have access to it, but anyone who tries to install or reinstall it now is out of luck. The Battlefield 4: Second Assault DLC is scheduled to go live on all platforms on December 3.