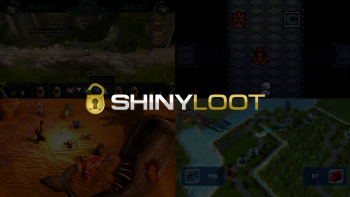 ShinyLoot is working with a legion of indie developers to discount a hundred indie games by as much as 95%.

Still got a buck or two left after Black Friday shopping? Everybody's got their eye on Steam and GOG's special sales this weekend, but don't forget about digital distribution newcomer ShinyLoot. The indie-focused game store is adding to the savings by marking down a hundred of its games to one dollar a pop.

The sale runs from Black Friday through the weekend, ending on Cyber Monday (December 2) at midnight, CST. The discounts range from 50% off to 95% off, but the end price for each sale is the same: $1. Games on sale include turn-based tactical RPG Call of Cthulhu: The Wasted Land, city-building hack-n-slash Hinterland, and engineering sim Bridge Construction Set. Many of the games are more obscure than what you'd find on Steam, but at that price point, now would be as good a time to experiment as any.

ShinyLoot is dedicated to increasing visibility among lesser-known indie games, and games from small publishers. "Most online stores can only promote indie games through featured sales," says ShinyLoot co-founder Chris Palamrozzi. "It's a crowded marketplace but, through superior service, refined search tools and a diverse selection, we know we can build a strong presence in the gaming community to the benefit of developers and gamers alike."