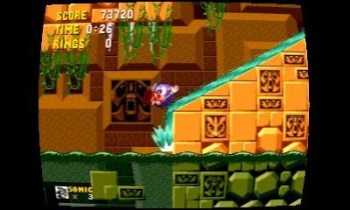 While Nintendo seems to have abandoned its 3D classics initiative for 3DS, Sega is planning on keeping them coming.

"3D classics" was an initiative from Nintendo to re-work classic 8-bit era games into 3D for its 3DS handheld. It kicked off with Excitebike when the system first launched, and... has kind of lost traction since. Not to worry, as Sega, which recently released Super Hang-On and 3D Space Harrier in its own 3D classics initiative has announced that it has many more titles in the works.

James Booth, an assistant producer at Sega's Hardlight Studio, recently sent a Tweet to Sega CS3 producer, Yosuke Okunari, thanking him for his work on Sega's 3D Classics line. Okunari replied: "Thank you. We develop the 2nd series for Japan. If this overseas release succeeds, it may release these in the world."

This looks promising for fans of classic Sega games reworked in 3D. Confirmed future titles to be released under Sega's 3D classics banner include 3D Sonic The Hedgehog, 3D Altered Beast, 3D Ecco the Dolphin, 3D Galaxy Force II, 3D Shinobi III, and 3D Streets of Rage. These will all be released some time next month.

As for the unconfirmed future titles that are in the works, the obvious choices would be Sonic 2 and Sonic 3 but Sega has a huge backlog of great games that could deserve the treatment.