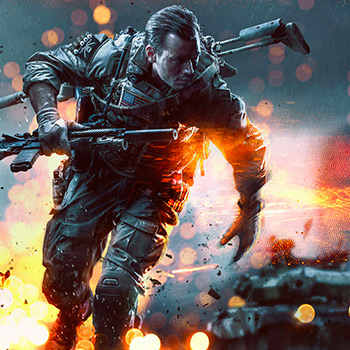 Next week's Battlefield 4 patch will address many of the game's most infamous problems.

Ever since Battlefield 4 hit the market last month, players have had their patience repeatedly tested. But the folks at DICE are hoping that all of the bugs and connection issues are a thing of the past. Next week, the developer will release a patch for the PC version of Battlefield 4.

"We are verifying the upcoming PC patch and making sure it is good to go," said DICE in a Battlelog post. "We are aiming to get this patch out the week of Dec 2."

The update will fix a handful of bugs--including the infamous one-hit kill bug--and will allow players to fine-tune their performance settings. Once the patch is released, we should see a significant drop in lengthy Battlefield complains on the internet. Though, many players will probably just find something else to complain about.

Battlefield 4's reputation has been severely damaged by all of the launch issues, and DICE has humbly accepted responsibility. "I am extremely proud of the people at DICE and everyone across EA that contributed to the development of Battlefield 4," said general manager Karl Magnus Troedsson in post on the Battlefield Blog. "However, I am less proud to see that the game has experienced some turbulence during the launch period. While some platforms have had only minor problems, others have had more than their fair share of issues. Resolving the launch issues is our #1 priority."

Hopefully, next week's patch will be a step in the right direction.