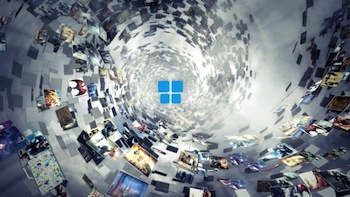 In the current generation of zero backward compatibility, Sony's still working on streaming games over Gaikai.

Sony's PlayStation 4, like Microsoft's Xbox One and Nintendo's Wii U, launched without backward compatibility. As a solution, Sony invested in the streaming technology Gaikai to stream games to the PS4. The console launched without Gaikai and will not obtain the service until Q3 2014, Eurogamer reports.

"We're on track to have a commercial service up and running in the US first within 2014," Andrew House, President and Group CEO of Sony Computer Entertainment, said. Sony plans to bring Gaikai initially to PS4 consoles and gradually move it to Vita.

"We think there's a great opportunity to broaden the market, because you essentially remove the need to make the console purchase in order to have access to that experience," House said. "It may sound counter-intuitive, because, aren't you replacing a business that is your bread and butter? But part of being an innovative company is being a pioneer in new forms of distribution of content, and we would like to be there first and take a leadership role."

House did not give a specific date for Gaikai's European availability, but Eurogamer reports hearing it be 2015. House confirmed that Gaikai will come to North America first next year, and the beta begins early 2014.

Gaikai will rely on the strength of a broadband connection, which could cause problems for people with poor internet. House said Gaikai is "good at its core," but needs to be proven as a quality experience. "[Gaikai is] a brand new form of delivery," he said. The service "will be dependent to a degree on what the strength of broadband connection is going to be, and what our server deployment and infrastructure looks like."

Sony put $300 million into Gaikai. Like many other features Sony's teased for PS4, Gaikai is not available right now. If the service ends up working well, at least it will be worth the wait.