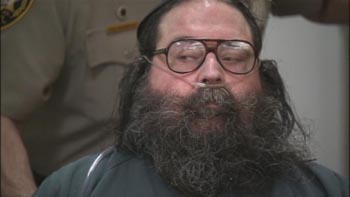 The co-founder of multi-genre convention Dragon Con has filed guilty pleas on three counts of child molestation. Edward Kramer will serve the remainder of his confinement sentence under house arrest and then be on probation for the following 15 years.

Three separate teenagers, two of whom are brothers, accused Kramer of sexual abuse. Kramer was accused in 2000 of sodomizing the younger brother. The older brother also came forward with allegations. A third accuser claimed Kramer molested him in 1996. Kramer was arrested in 2011 for endangering a child when authorities learned he had been sharing a hotel room with a 14-year-old boy.

The trial was put off for 13 years. Kramer entered an Alford plea, which is a guilty plea that avoids admitting wrongdoing. Kramer's attorney McNeill Stokes said Kramer was in poor health and could not endure a lengthy trial. Kramer sat in a wheelchair and breathed from an oxygen tank.

Gwinnett County District Attorney Danny Porter said he and the defense counsel had been working out negotiations before the guilty plea on how to settle the case without asking the victims to testify "to let them get some closure."

As a first-time offender, Kramer was sentenced to 20 years, five of which must be under confinement. Because he has already served 26 months of the 5-year sentence, he will spend the remaining 34 months under house arrest.

Kramer's co-founders bought his shares in the company after attendees threatened to boycott the convention if Kramer continued to profit from it. "We...wanted to try and get [the victims] some restitution for the years of suffering that they went through," Porter said.

Kramer will pay each victim $100,000 and register as a sex offender.

Social Justice Warrior: These Damn Cosplaying Kids Need To Get Off My Lawn! RossaLincoln 20 Comments