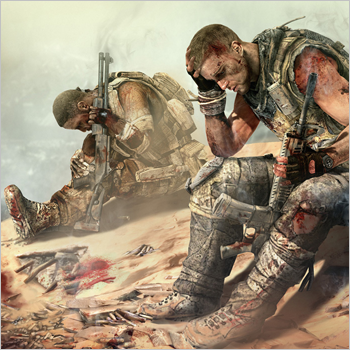 Job postings at Spec Ops: The Line developer Yager indicate that the studio is working on a free-to-play shooter for consoles and the PC.

Yager Development made something of a name for itself last year with the third-person military shooter Spec Ops: The Line, a delirious Delta Force journey through the ruined city of Dubai. Based on a couple of recent job postings its next project will stick with the military theme, but will also make a more contemporarily conventional effort to grab some of the money too.

The studio has a number of job listings posted but the two that are particularly noteworthy seek a senior multiplayer level designer and a visual FX artist, both for "an exciting new AAA F2P project." Yager announced in March that it had licensed the Unreal Engine 4 for use in a "major next-generation title," and while information about what that project might be or when it's expected to be ready remain a mystery, duplicate job listings at Gamasutra say that it will be for the Xbox 360, PlayStation 4 and PC.

I don't think there's anything inherently wrong with free-to-play games and I wish Yager all the best in whatever pursuits it thinks will lead to success, but the news is still a little disappointing. Spec Ops: The Line did some amazing things and while the gameplay itself was fairly run-of-the-mill, it's fair to say that people who played it tended to recognize it as something special. I'd hoped that the studio would choose to build on that foundation with something comparably adventurous, but I don't think that's too likely to happen with a free-to-play release.