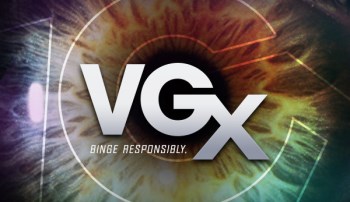 Spike's VGX 2013 will feature a special performance of music from Grand Theft Auto V by artists from the game's soundtrack, plus appearances by South Park creators Trey Parker and Matt Stone and a pile of exclusive premiers.

Spike's VGX 2013 - formerly the Spike Video Game Awards - promises big changes beyond just the name, but one thing that looks to stay the same is the pile of exclusives it will roll out on the big night. The livestreamed show will feature VGX-first previews of Titanfall, Quantum Break, Broken Age, Dying Light, Tom Clancy's The Division, The Witcher 3: Wild Hunt and "An Upcoming Wii U Title From Nintendo," which isn't actually the title at all - it's a big secret!

Cool stuff to be sure, but potentially even cooler is the one-night-only performance of music from Grand Theft Auto V "featuring a host of artists from the game's soundtrack and score." South Park creators Trey Parker and Matt Stone will also be in attendance to serve up a new preview of South Park: The Stick of Truth, the Obsidian-developed RPG slated to come out in March 2014.

"For years gamers have been telling us to focus on content over celebrity," said Casey Patterson of Viacom Entertainment Group. "We are stripping away anything that takes time away from world premieres and interviews with the community of game developers that the fans want to hear from."

You might want to take that with a grain of salt, but it sounds like this year's awards will at least be worth a sideways glance to see if they're living up to the hype. VGX streaming begins at 6 pm EST on December 7 at VGXLive.com.