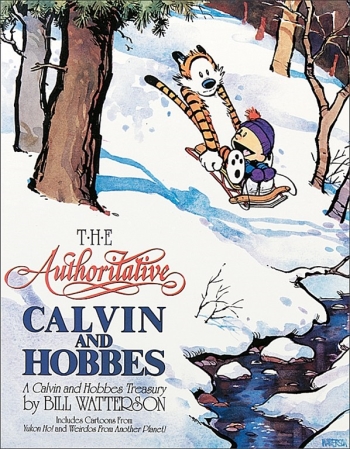 Leonardo DiCaprio and Sherlock Holmes producer Roy Lee are teaming up to produce a film based on the life of Calvin and Hobbes creator Bill Watterson. The yet-untitled biopic is in in development by Warner Bros., and is based on "A Boy and his Tiger", a spec script (that is, an unsolicited script) by screenwriter Dan Dollar. The script follows Watterson's career from fledgling artist through the explosion of popularity of Calvin and Hobbes in its ten-year run, and Watterson's decision to end the comic in 1995. DiCaprio is also producing another biopic, announced September 16, about Woodrow Wilson.

Watterson, a fan favorite cartoonist but also extremely private, has been in the news a lot this year. A documentary film released November 15, Dear Mr. Watterson, examines the comic in depth and follows filmmaker Joel Allen Schroeder's (unsuccessful) attempts to get Watterson to break his legendary silence. Putting a high value on his privacy, Watterson rarely gives interviews, though he did provide an exclusive interview in October to Mental Floss magazine. Watterson does not sign autographs and has refused to merchandise the beloved comic strip, despite pressure from publishers. Collected editions of the comic, which ran in newspapers from 1985 to 1995, has been released in both physical and ebook formats.

It appears that the film is moving forward without any input from Watterson. The difficulties of telling the story of the Calvin and Hobbes creator without the rights to the comic material has some doubting that the film will actually happen. Warner Bros. has not yet announced a release date for the film.